Video Courses Articles For Institutions Log In GET STARTED

5 ECG Changes of Hyperkalemia you Need to Know 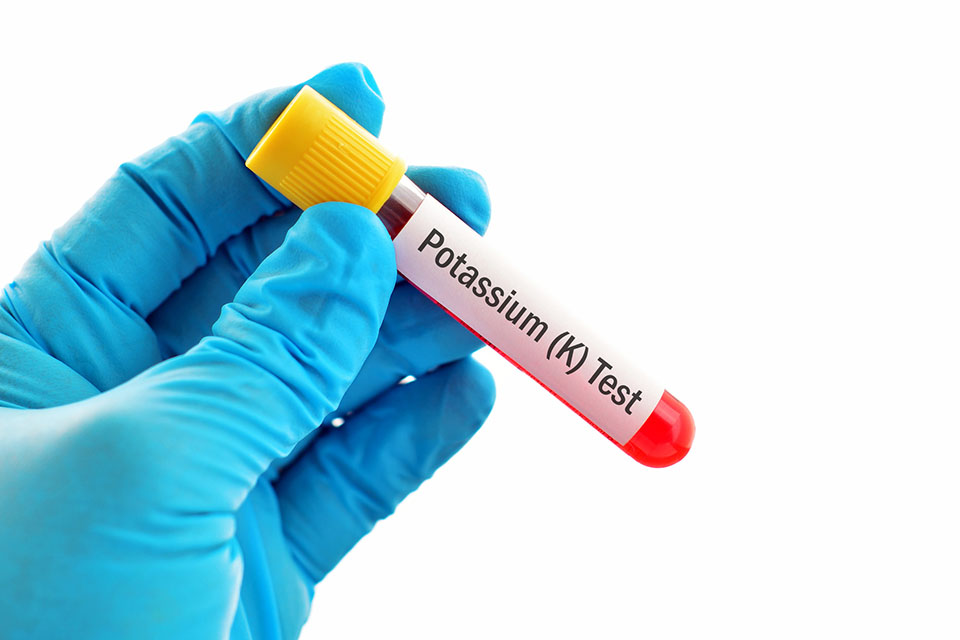 In the presence of hyperkalemia, the T wave on the ECG/EKG rises in amplitude (A, below). In text books, we are told  that in a given lead, the T wave should be no more than half the amplitude of the preceding R wave.  In reality, ‘tall’ T waves are quite common on the ECG of normal individuals, particularly young men ('normal variant' in B  and see our videos on avoiding error in ECG interpretation on acadoodle.com) . However, you can see that they differ markedly in morphology (below). If we use the computer to superimpose the 'normal variant' tall T wave (red T wave, (C)) on those associated with hyperkalemia you can appreciate the difference. In the case of hyperkalemia, the tall T wave  has a narrow base (C, black line)  and rises rapidly to a point (C, red arrow). These features are said to result in a 'tented' appearance. The male variant T wave is broad based (D, black line) and does not rise to a point but rather to a curve at its apex (blue curve). When we superimpose these two T waves (C) you can see why people say that the hyperkalemic T wave appears to be pinched (black arrows) in the middle compared to  the normal variant.

Worsening hyperkalemia is associated with progressive flattening of P waves, prolongation of the PR interval (PR interval > 200 ms) and eventually disappearance of P waves. Bradycardia is common and AV block may complicate hyperkalemia.

As serum K+ levels rise the qrs complex becomes wider eventually passing the upper limit of normal. At least think of hyperkalemia if you see this combination of wide qrs complexes and tall T waves.

Did you know that we have an extensive array of animated video courses that allow you to improve your skills and learn new skills in a variety of medical disciplines. Sign Up to Get Access!

4. Development of a sine wave pattern

As K+ levels rise further, the situation is becoming critical. The combination of broadening QRS complexes and tall T waves produces a sine wave pattern on the ECG readout. Cardiovascular collapse and death are imminent.

The end game for untreated hyperkalemia is chaotic depolarisation of ventricular myocardium: ventricular fibrillation. No cardiac output is present. This situation is not compatible with life.

As a general rule if an ECG looks utterly bizarre think of hyperkalemia. 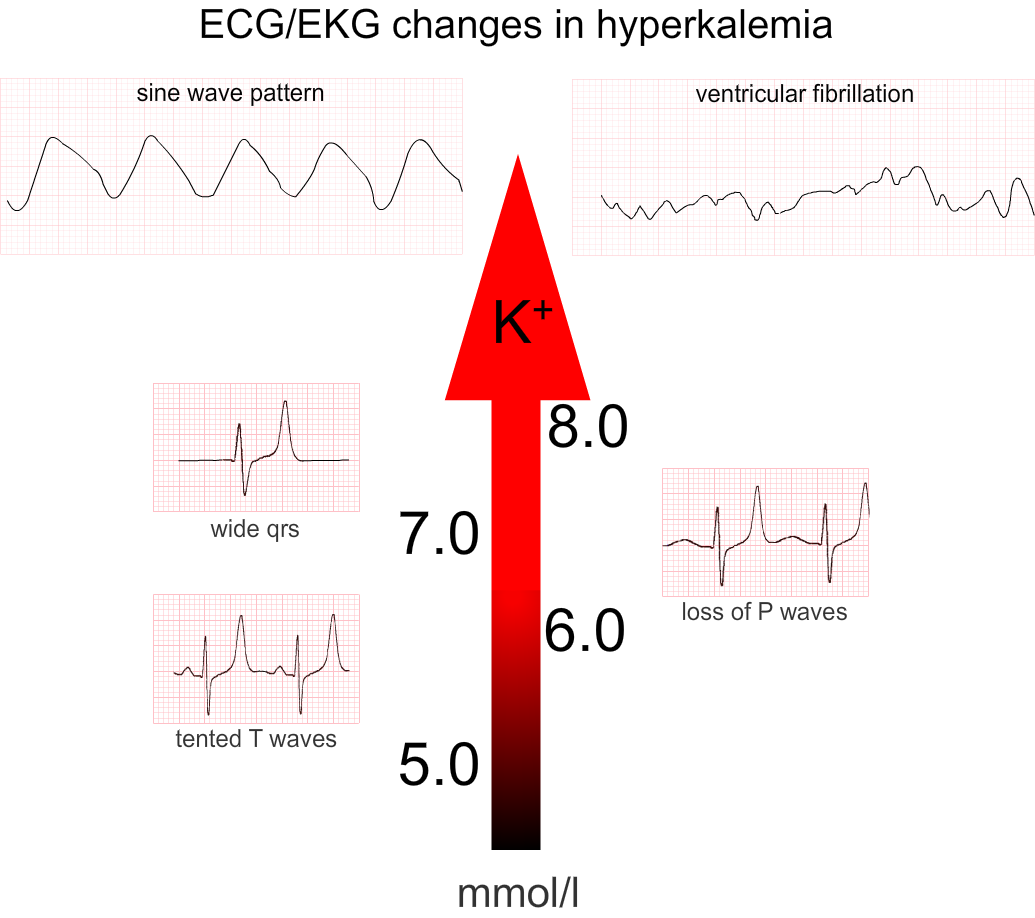 Was this helpful? Do you agree with everything above? Please add your own comments, tips and experiences below...